Are you looking for a Esther Hicks e-book?
In that collection, you will certainly find all the greatest paperbacks created by Esther Hicks for sale on the web with short and sweet details on the story, the year of appearance as well as various other handy details to assist pick which hardcover to begin reading.

There are 24 Esther Hicks books listed in reverse chronological order from newest to oldest, dating back to 2004. 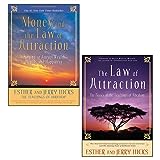 Getting into the Vortex: Guided Meditations Audio Download and User Guide (Vortex of Attraction)

Plot: Now available with a free audio download, Getting into the Vortex by Esther and Jerry Hicks will cha...

The Astonishing Power of Emotions: Let Your Feelings Be Your Guide

Plot: This leading-edge book by Esther and Jerry Hicks, who present the teachings of the Non-Physical enti...

The Vortex: Where the Law of Attraction Assembles All Cooperative Relationships

Plot: Now available with a convenient audio download, The Vortex by best-selling authors Esther and Jerry ...

Money, and the Law of Attraction: Learning to Attract Wealth, Health, and Happiness

Plot: This Leading Edge work by Esther and Jerry Hicks, who present the teachings of the Non-Physical cons...

The Essential Law of Attraction Collection

Plot: The Essential Law of Attraction Collection is the perfect read for those who want to deepen their un...

The Law of Attraction:How to Make it Work for You (Chinese Edition)

Plot: In this book, you will learn that all the things that have come to you have followed the law of attr...

Getting into the Vortex Cards: A Deck of 60 RELATIONSHIP Cards, plus Dear Friends card 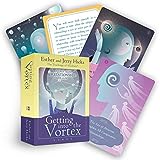 Plot: "It is always satisfying for me to be able to tap into the Vibration of Abraham and to translate the...

Plot: This leading-edge book by Esther and Jerry Hicks, who present the teachings of the Non-Physical ...

Sara, Book 3: A Talking Owl Is Worth a Thousand Words!

Plot: "Do you believe in ghosts?" Annette just sort of blurted out.Sara and Seth both looked up with surpr...

Manifest Your Desires: 365 Ways to Make Your Dreams a Reality

Plot: This information-packed little book, which presents the teachings of the nonphysical entity Abraham,...

Plot: From that opening exclamation, this second Sara novel rampages through chapter after chapter of fun ...

Sara, Book 1: Sara Learns the Secret about the Law of Attraction

Plot: This book offers you, the reader, a thoughtful and inspired formula for generating appreciation, hap...

The Law of Attraction: The Basics of the Teachings of Abraham

Plot: This book presents the powerful basics of the original Teachings of Abraham. Within these pages, you...

The Amazing Power of Deliberate Intent: Living the Art of Allowing

Plot: This leading-edge book by Esther and Jerry Hicks, who present the teachings of the nonphysical entit...

Plot: Ask and It Is Given presents the teachings of the nonphysical entity Abraham. It will help you learn...

Ask and It Is Given: Learning to Manifest Your Desires

Plot: “One of the most valuable things about Ask and It Is Given is that Abraham gives us 22 different...

List of 24 books by Esther Hicks in order of release

Let's see a list of 24 Esther Hicks books to read in chronological order up to his latest book.

How many books has Esther Hicks written?

In our collection, there are 24 books written by Esther Hicks from 2004 to present.

What is the best Esther Hicks book?

Evaluating 24 books written by Esther Hicks, surely you could start by reading Ask and It Is Given: Learning to Manifest Your Desires published in 2004 by Hay House Inc..

Where can I buy the latest Esther Hicks book?

You can find the entire list of Esther Hicks books with date, publisher and formats available directly at this address.

Who is Esther Hicks and biography

Best ways to pick a paperback by Esther Hicks

Among the greatest books by Esther Hicks, you can see the most recent releases or bestsellers from previous years.

You might be asking yourself which bestsellers by Esther Hicks to read in January 2023 and what the brand-new paperback is named or what the best and most lovely quotes are.

You need to understand that you will definitely discover all the most suggested titles offered in print or e-book format with mentions to the writer, publishing day and also all deals of the week in our selection.

If you currently know what Esther Hicks’s e-book you have indeed chosen to read, prior to adding it to your cart and also placing it in your collection, attempt to read several reviews from various people to see what those who have currently acquired it in the past think of it.

Further than deals, affordable price as well as other purchase factors to consider, if you are a enthusiast of books written by Esther Hicks, bear in mind that throughout that rating, we have indeed assembled the chronology of a lot of their very popular novels without excluding the latest titles.

Thinking about the greatest books by Esther Hicks, you can find the most recent launches or publications published in the past.