Are you looking for a Scott Westerfeld e-book?
In that collection, you will certainly find all the very best books written by Scott Westerfeld to buy online with quick details about the outline, the year of publication as well as other valuable information to help select which hardcover to commence reading.

There are 34 Scott Westerfeld books listed in reverse chronological order from newest to oldest, dating back to 2006.

Plot: IT'S TIME TO COME OUT OF HIDINGFrey has spent her life in a family of deceivers, a stand-in for her ... 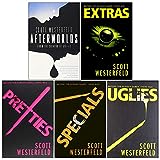 Plot: The danger rises and the deception grows in the heart-stopping third book in the New York Times best...

Plot: Deception. Risk. Betrayal. Redemption. Master storyteller Scott Westerfeld is at the top of his game...

Plot: Cities at war. Identities stolen or hidden away. A love built on lies. In the second book of the New...

Plot: Now in paperback! All hell breaks loose in Spill Zone Book 2: The Broken Vow, the second volume of t...

Plot: Do you dare enter the Spill Zone? The first volume of this dystopian graphic novel duology by scienc...

Plot: A race for survival from the #1 New York Times bestselling author of Uglies!This harrowing tale of s... 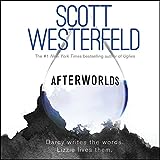 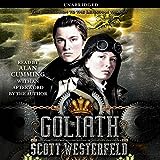 Plot: The behemoth is the fiercest creature in the British navy. It can swallow enemy battleships with one...

Plot: “The request line for the sequel can start forming now.”* The behemoth is the fiercest creature ...

Plot: It is the cusp of World War I, and all the European powers are arming up. The Austro-Hungarians and ... 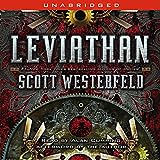 Plot: It is the cusp of World War I, and all the European powers are arming up. The Austro-Hungarians and ...

Plot: Sure, love is hell. But it,s totally worth it.In these supernatural stories by five of today's hotte...

Plot: A year ago, Cal Thompson was a college freshman more interested in meeting girls and partying than i...

List of 34 books by Scott Westerfeld in order of release

Let's see a list of 34 Scott Westerfeld books to read in chronological order up to his latest book.

How many books has Scott Westerfeld written?

In our collection, there are 34 books written by Scott Westerfeld from 2006 to present.

What is the best Scott Westerfeld book?

Evaluating 34 books written by Scott Westerfeld, surely you could start by reading Peeps published in 2006 by Razorbill.

Where can I buy the latest Scott Westerfeld book?

You can find the entire list of Scott Westerfeld books with date, publisher and formats available directly at this address.

Who is Scott Westerfeld and biography

How to pick a ebook written by Scott Westerfeld

Among the best ebooks by Scott Westerfeld, you can see the current launches or paperbacks from previous years.

You might be wondering which novels by Scott Westerfeld to read in October 2022 and also what the brand-new hardcover is called or what the most stunning quotes are actually.

You should understand that you are going to discover all the best suggested titles available in the market in print or digital book format with credits to the writer, appearance day and also all the deals of the day in our list.

If you already have an idea what Scott Westerfeld’s bestseller you have chosen to read, before putting it to your cart and also placing it in your collection, attempt to read several reviews from various readers to find what those that have actually currently purchased it previously think of it.

Aside from promos, small cost and other purchase considerations, if you are definitely a fan of paperbacks published by Scott Westerfeld, take note that in that rating, we have put together the chronology of several of their best-selling e-books without omitting the most up to date titles.

Considering the very best books by Scott Westerfeld, you can get the most recent launches or books published in the past.