Are you searching for a Yukio Mishima hardcover?
In that collection, you will certainly discover all the very best e-books created by Yukio Mishima up for sale on the web with short details about the plot, the year of appearance as well as some other handy info to help select which book to begin reading.

There are 26 Yukio Mishima books listed in reverse chronological order from newest to oldest, dating back to 1966.

Confessions of a Mask (Chinese Edition) 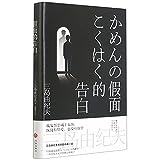 Plot: Confessions of a Mask tells the story of a Japanese boy's development towards a homosexual identity ...

Plot: A great, ancient art form, brought right up to date by one of Japan’s foremost writersNoh is a for...

Plot: After botching a suicide attempt, salaryman Hanio Yamada decides to put his life up for sale in the ...

Plot: For the first time in English, a glittering novella about stardom from “one of the greatest avant-...

The Frolic of the Beasts (Vintage International)

Plot: Translated into English for the first time, a gripping short novel about an affair gone wrong, from ...

Plot: One of the most powerful short stories ever written: Yukio Mishima’s masterpiece about the erotics...

Plot: Written when Mishima was only twentysix, Forbidden Colors is a depiction of a male homosexual relati...

Plot: Though best known for his novels, Yukio Mishima published more than sixty plays, almost all of which...

Plot: From one of Japan's greatest modern writers comes an exquisitely disturbing novel of sexual combat a...

Plot: In After the Banquet, Mishima draws a portrait of a marriage in which lofty principles clash fatally...

Plot: In The Temple of the Golden Pavilion, celebrated Japanese novelist Yukio Mishima creates a haunting ...

The Sound of Waves

Plot: Set in a remote fishing village in Japan, The Sound of Waves is a timeless story of first love. A yo...

The Temple of the Golden Pavilion

Plot: Because of the boyhood trauma of seeing his mother make love to another man in the presence of his d...

The Decay of the Angel (Sea of Fertility, Book 4)

Plot: Yukio Mishima’s The Decay of the Angel is the final novel in his masterful tetralogy, The Sea of F...

Spring Snow: The Sea of Fertility, 1

Plot: Yukio Mishima’s Spring Snow is the first novel in his masterful tetralogy, The Sea of Fertility. H...

The Temple of Dawn

Plot: Yukio Mishima’s The Temple of Dawn is the third novel in his masterful tetralogy, The Sea of Ferti...

Runaway Horses: The Sea of Fertility, 2

Plot: Yukio Mishima’s Runaway Horses is the second novel in his masterful tetralogy, The Sea of Fertilit...

Plot: In this fascinating document, one of Japan's best known-and controversial-writers created what might...

Plot: Young Samurai: Bodybuilders of Japan with photographs by Tamotsu Yato, an introduction by Yukio Mish...

Death in Midsummer: And Other Stories (New Directions Paperbook)

Plot: Recognized throughout the world for his brilliance as a novelist and playwright, Yukio Mishima is al...

List of 26 books by Yukio Mishima in order of release

Let's see a list of 26 Yukio Mishima books to read in chronological order up to his latest book.

How many books has Yukio Mishima written?

In our collection, there are 26 books written by Yukio Mishima from 1966 to present.

What is the best Yukio Mishima book?

Evaluating 26 books written by Yukio Mishima, surely you could start by reading Death in Midsummer: And Other Stories (New Directions Paperbook) published in 1966 by New Directions.

Where can I buy the latest Yukio Mishima book?

You can find the entire list of Yukio Mishima books with date, publisher and formats available directly at this address.

Who is Yukio Mishima and biography

Best ways to choose a novel by Yukio Mishima

Among the very best novels by Yukio Mishima, you will see the current launches or ebooks from past years.

You might be wondering which paperbacks by Yukio Mishima to read in January 2023 as well as what the brand-new ebook is called or what the most beautiful words are actually.

You ought to understand that you will certainly discover all the best suggested titles available in print or e-book format with mentions to the writer, publishing date as well as any deals of the day in our listing.

If you already have an idea what Yukio Mishima’s e-book you have actually decided to read, before putting it into your cart as well as putting it in your library, attempt to read some reviews from various other people to find what those who have currently bought it in the past think about it.

Beyond special offers, low prices and other purchase factors to consider, if you are without a doubt a enthusiast of novels published by Yukio Mishima, keep in mind that within this ranking, we have indeed assembled the chronology of several of their very popular books without neglecting the latest titles.

Considering the very best paperbacks by Yukio Mishima, you can uncover the latest releases or publications from the past.